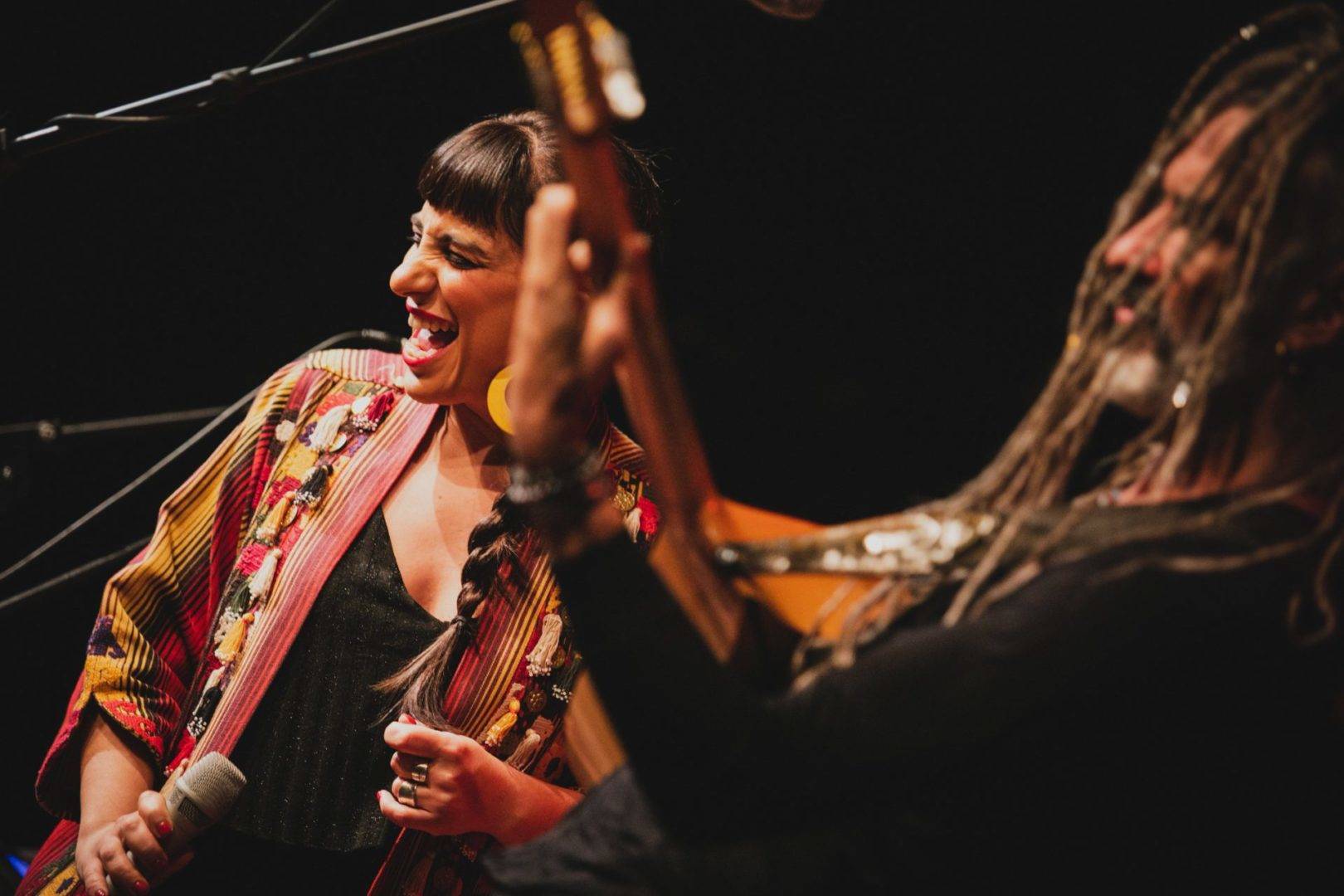 The waterfront restaurant Baz Bar features Sofia Rei and JC Maillard for the week of Thanksgiving. Currently on tour to promote their latest album, Keter, this avant-garde duo will play every night from Monday, November 25 thru Sunday, December 1, starting at 9pm.

Relax and enjoy the atypical songs pulled from such genres as contemporary jazz to Caribbean vibrations. Their inventive arrangements showcase the SazBass, an unusual electro-acoustic instrument conceived and created especially for JC Maillard by French luthier Hervé Prudent.

JC Maillard, known as Mbutu, is a French composer, guitarist, and pianist, as well as a songwriter and

Share on social networks :
musical arranger, who is originally from Pointe-à-Pitre in Guadeloupe. After collaborations with various Caribbean artists, including the band Kassav, JC Maillard founded Grand Baton, an Afro-Antilles fusion band that plays progressive rock and jazz, featuring Thierry Arpino on drums.

Several years ago, Lisa Fischer (backup singer with The Rolling Stones and seen in the Academy Award-winning film, Twenty Feet From Stardom) joined the band to create “Ms. Lisa Fischer & Grand Baton.” The band and the singer continue to collaborate and perform together.

This week, the live music creates some especially magical evenings. Grab a table on the edge of the Port of Gustavia or inside the bar to really be part of the scene!

Our most viewed articles

Shopping St Barth Eden Rock has reopened more extraordinary than ever. The rock on the rock, one hotel that alone reflects all of the prestige of...

Champagne Deutz is a leading champagne producer founded in 1838 by William Deutz and Pierre-Hubert Geldermann, in Aÿ, with vineyards of close to 500 acres, of...

Rolex has expanded its Yacht‑Master collection by adding a new model, the first with a 42mm diameter: The Oyster Perpetual Yacht‑Master 42. The Yacht-Master nautical watches...

Save time as you transfer to the destination of St Barth. Connect directly from your flight in St Martin with West Indies Helicopters and fly over...

With its streets lined with boutiques, Gustavia is the perfect place to shop for the best luxury brands. Not far from Louis Vuitton and Cartier, you’ll...

December 28, 2017 Open-Format DJ All is in place for a very special evening! A popular DJ for your private parties or in clubs, Chris Magic...

Inspired by origami, Longchamp’s new collection features everything from bags to ready to wear and cool accessories. Two fashionable lines of bags have hit the streets...

After successful evenings of live music by Adam Falcon and Patrick Stanfield Jones, the series continues with an appearance by the talented KJ Denhert and singer/composer Marc...

OCEANO­GRAPHIC MUSEUM OF MONACO : Monaco And The Ocean: From Exploration To Protection

The Oceanographic Museum, a historic center for marine sciences, is built along the flank of the legendary Rock of Monaco. Its exceptional new space: “Monaco And...

Sailing in a sporty direction with its automobile-inspired watch collection, Vanguard™ Racing, pure and stylish engine-turned aesthetics. With its harmonious contours, flawless finesse, and impeccably balanced...

The emblematic J’Adior black embroidered ribbon creates a pretty border along the edge of these embroidered black pumps. Using a new, innovative technique, these shoes require...

NOTE: These settings will only apply to the browser and device you are currently using.