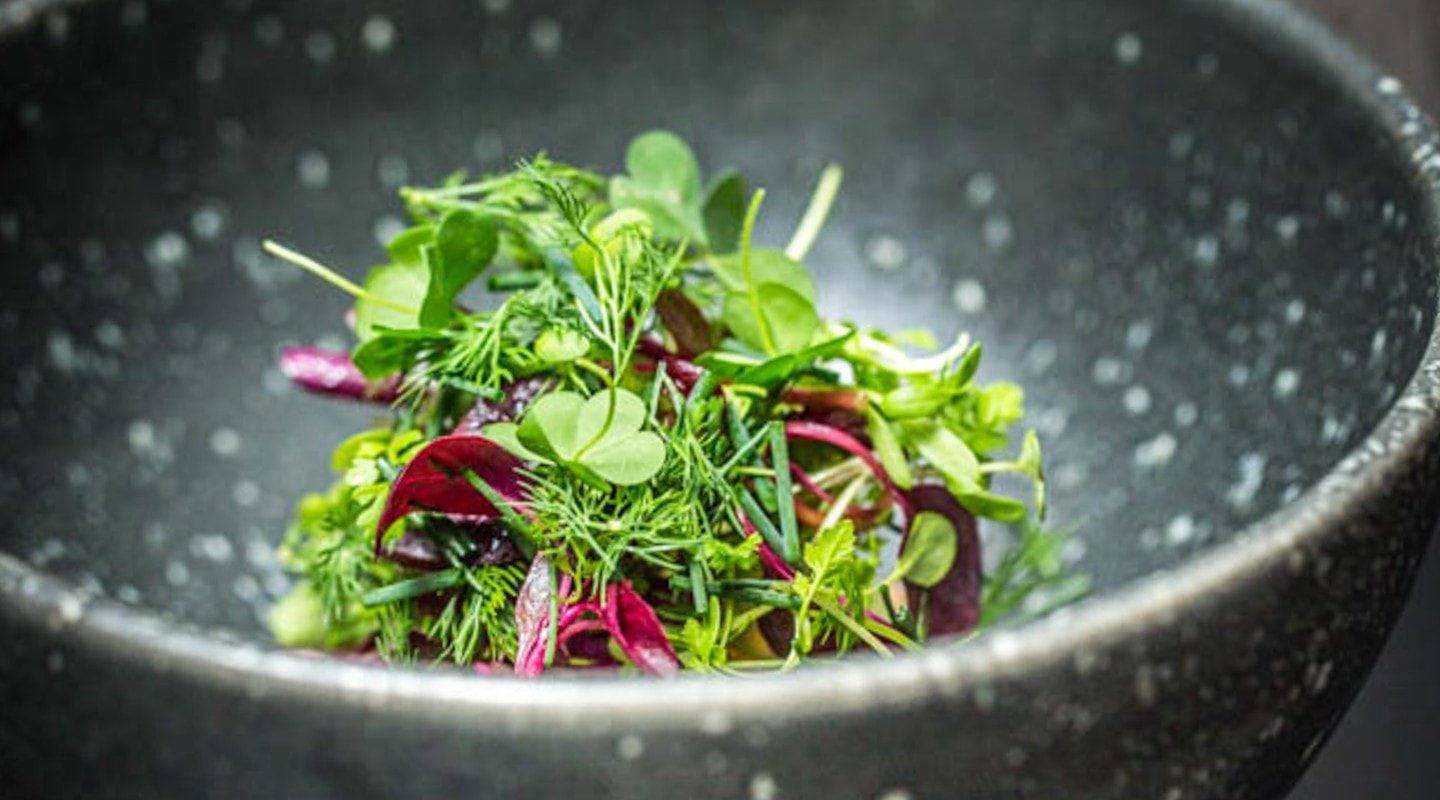 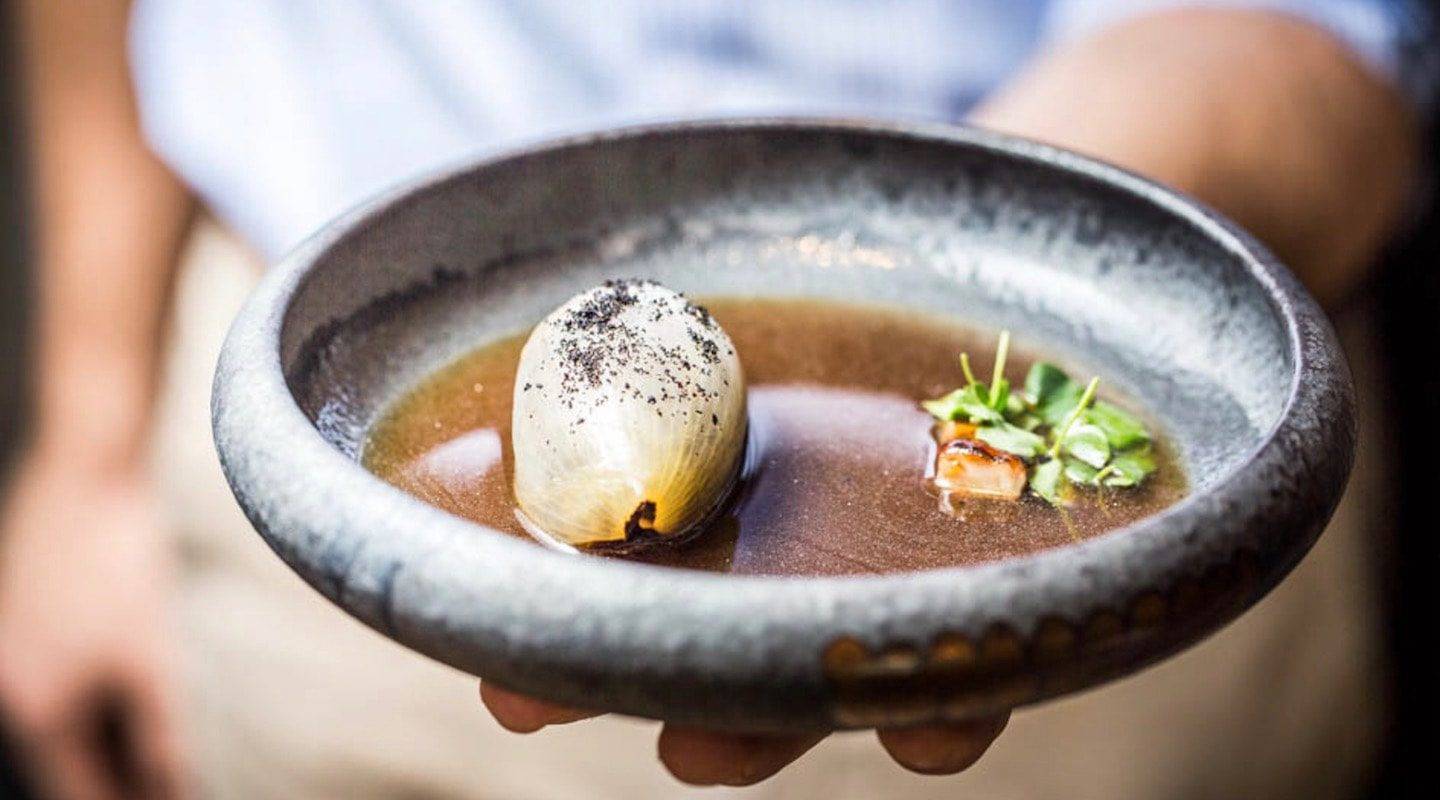 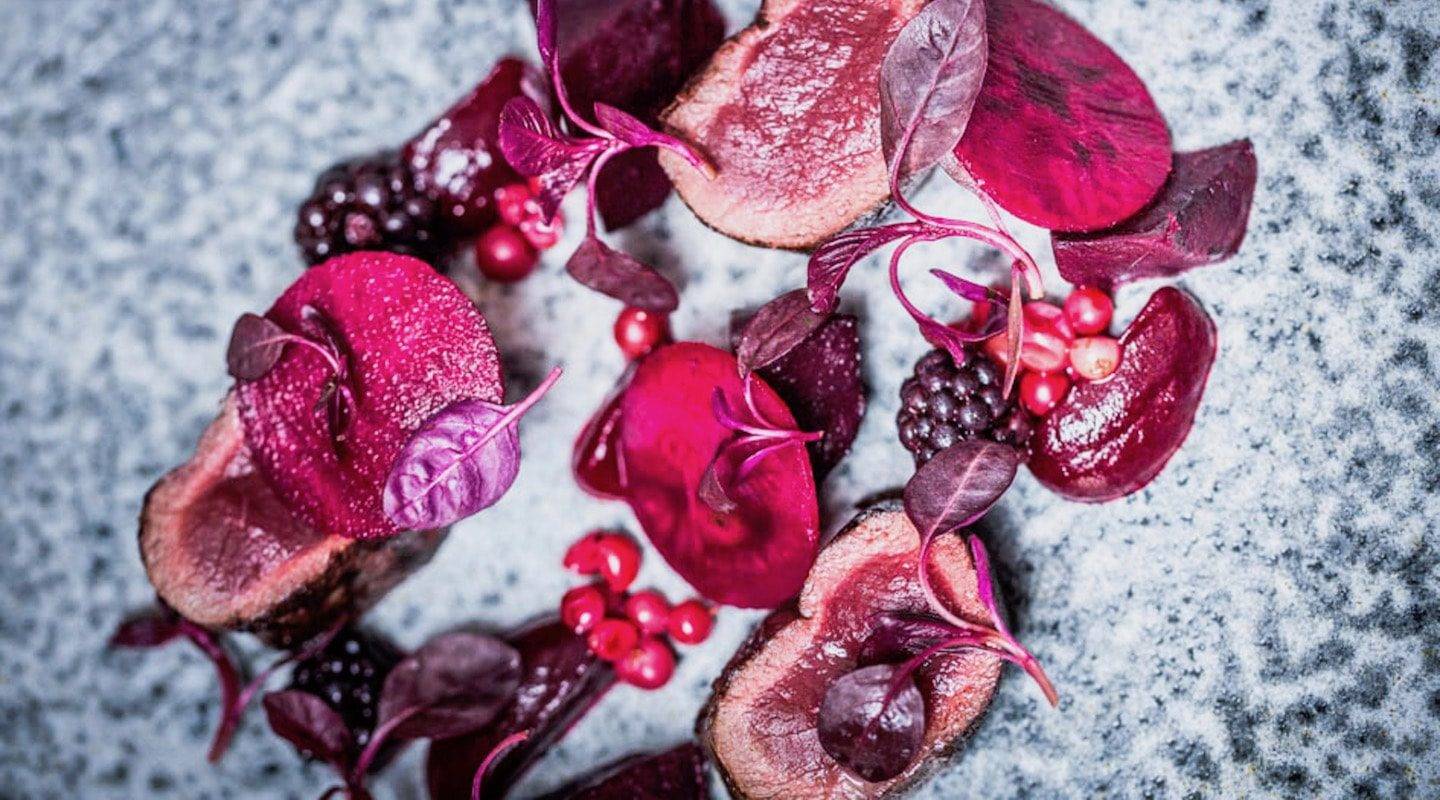 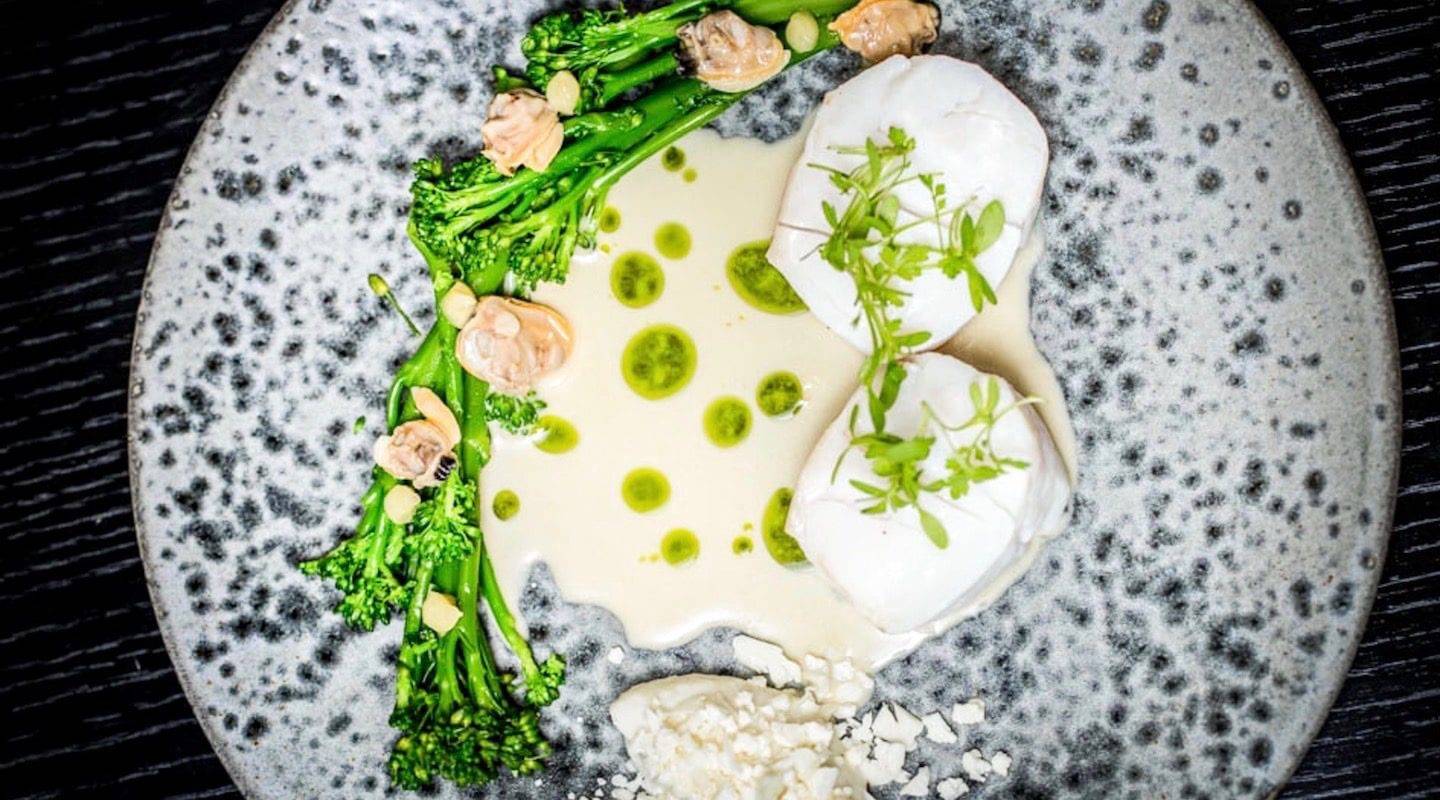 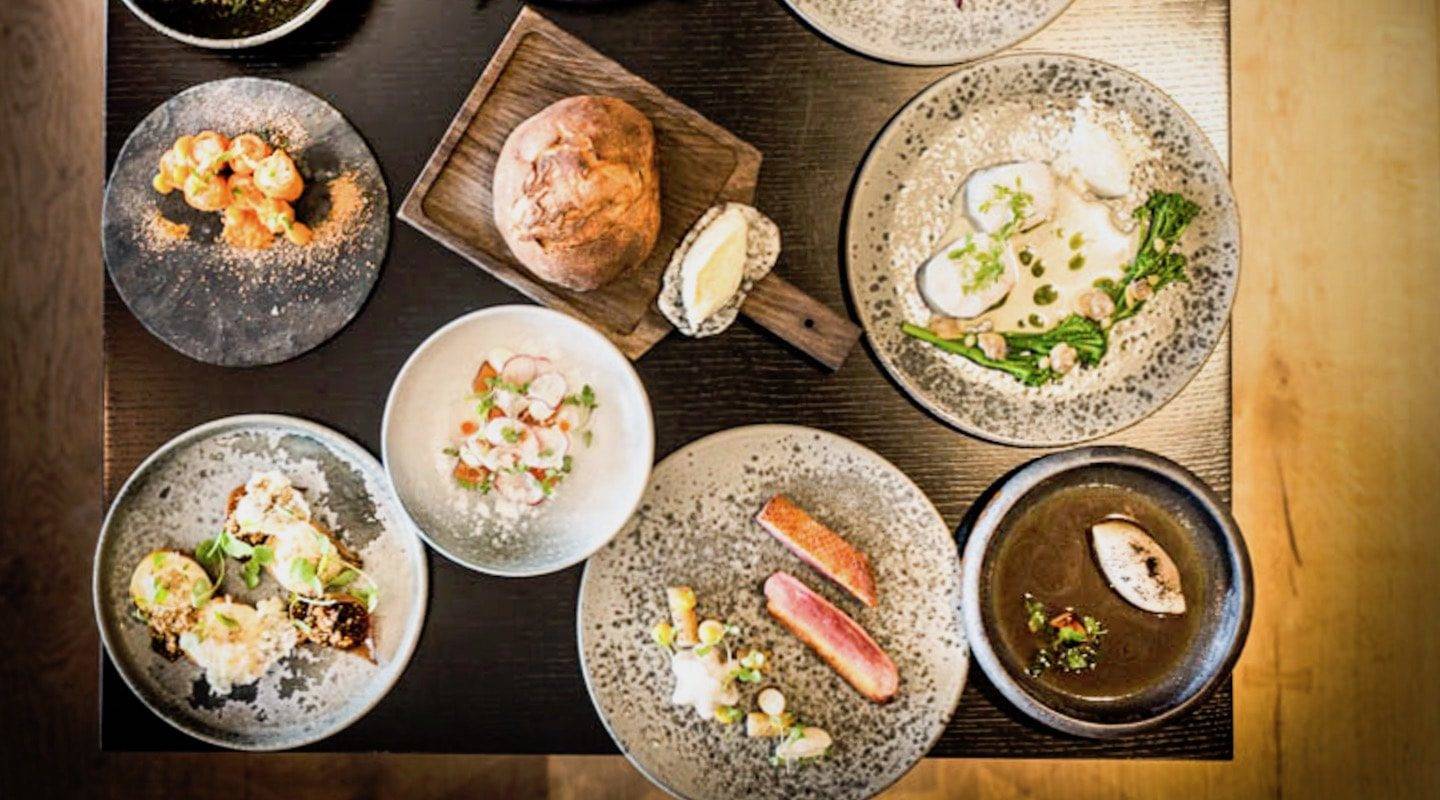 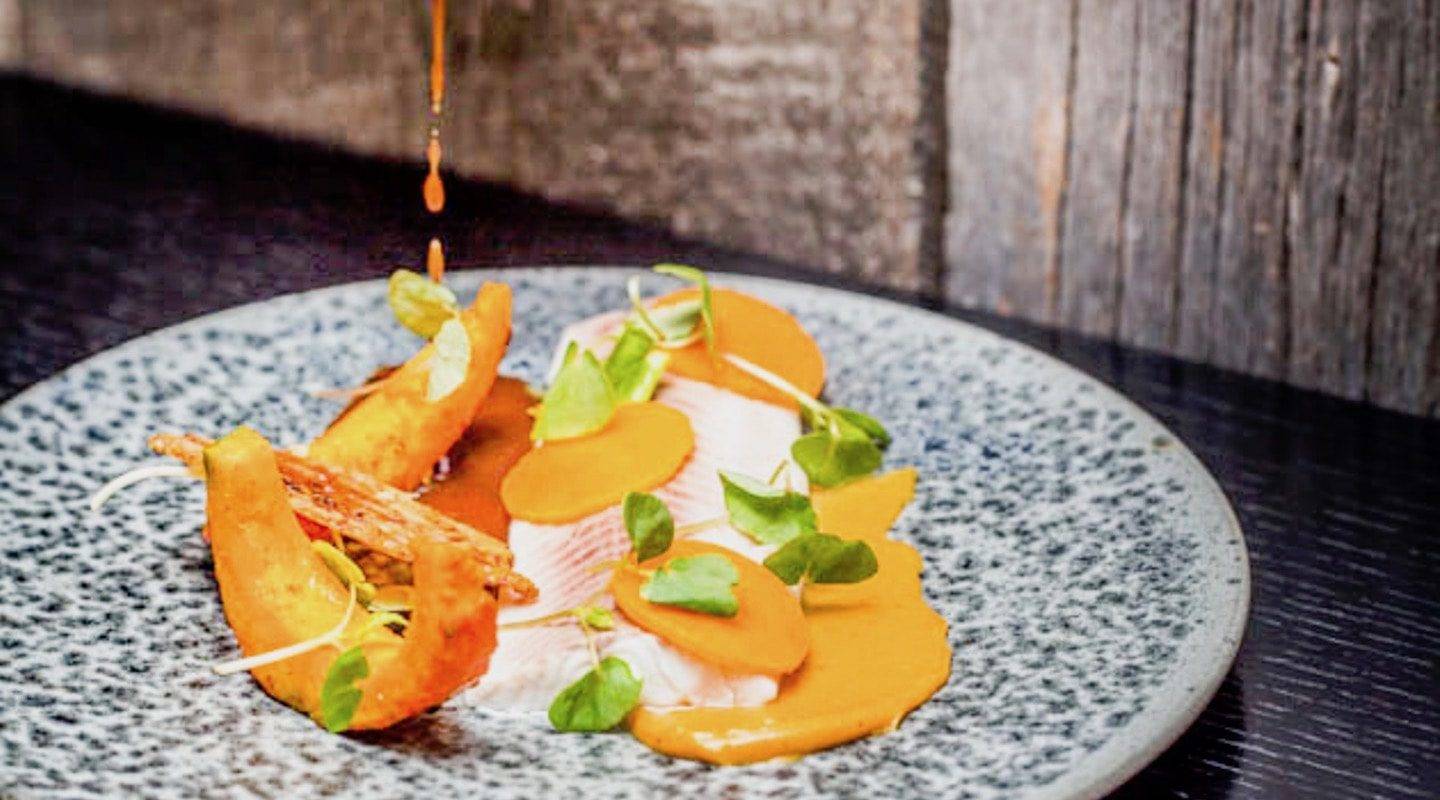 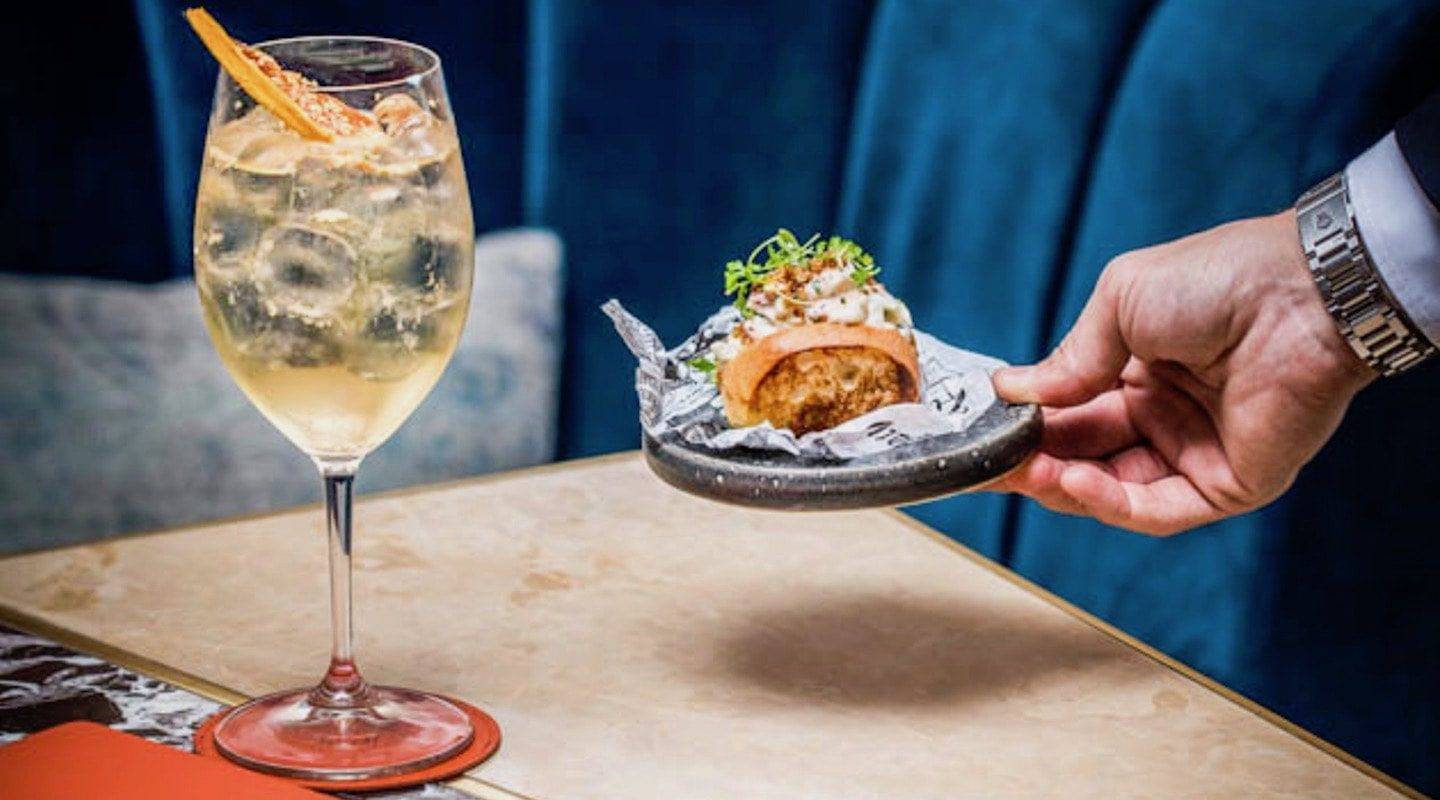 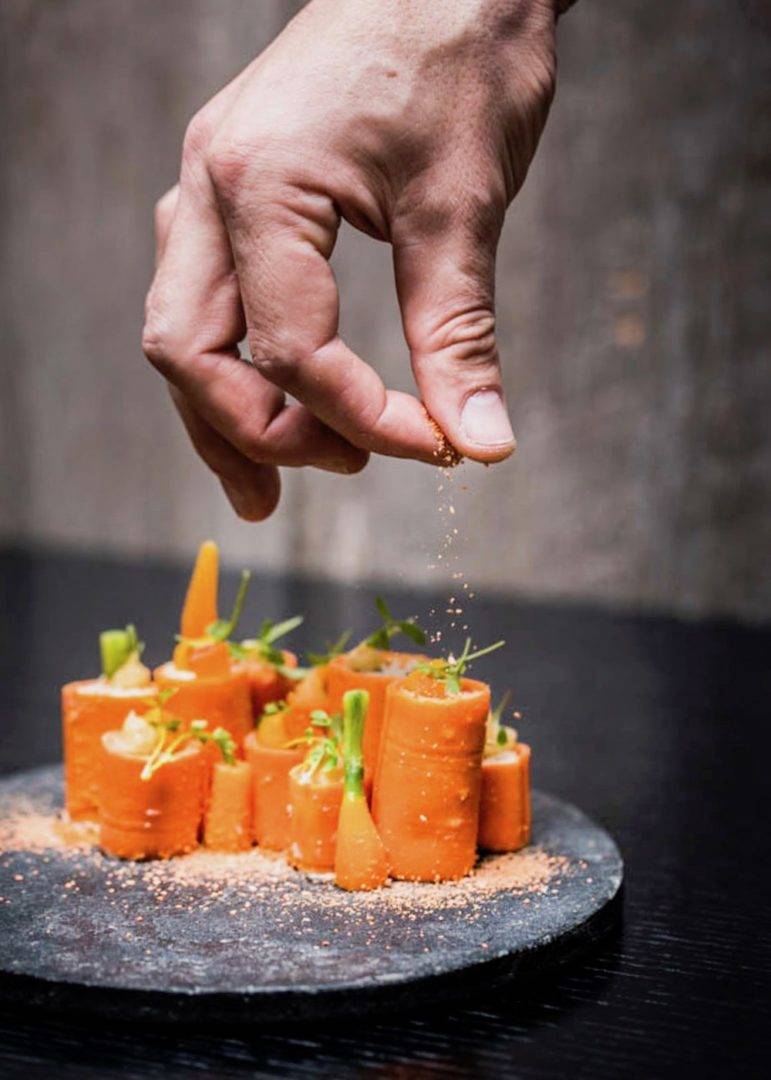 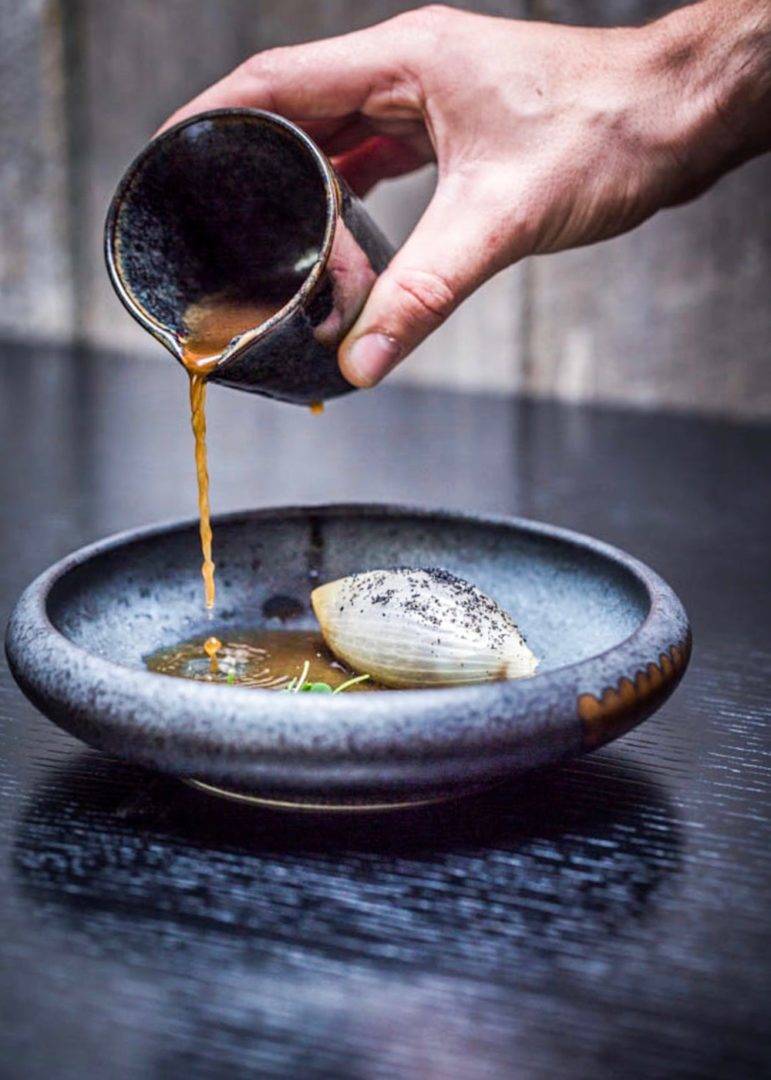 Fiskebar, the elegant restaurant at the Ritz-Carlton Hotel de la Paix, takes you on a voyage to northern lands. The concept “From the shores of Lake Geneva to the shores of the Baltic Sea” is the basis for the theme of a contemporary restaurant inspired by the Nordic countries, which celebrates products from the sea and rivers. This culinary experience, full of bold flavors, puts an accent on high-quality fish and seafood, as well as organic and seasonal ingredients.

Enjoy a menu full of different tastes and emotions, which evokes the best of Scandinavia. The chef suggests starting with Scottish salmon gravlax with radish and horseradish, continuing with deer accompanied by beets and fermented berries, and finishing with an original dessert composed of apple, cider sorbet, and cheese with dill.

The restaurant is divided into four eclectic, interconnected spaces— the chic side, the open kitchen with its counter of fresh fish and less formal communal tables, the echo of a Scandinavian fish market, and a luxurious bar with its lavish private salon.

Originally from Corsica, Benjamin Breton, a young 25 year-old chef, was raised and learned to wield his first knives in the Loire châteaux region. His path was pretty traditional after studies at the hotelier school, and it was with starred chef Ludovic Laurenty that Benjamin acquired his basic kitchen techniques. In 2013, this young prodigy arrived in Geneva where it did not take long for him to make a name for himself with his creative and bold cuisine.

Created and managed by Pierre Lelièvre, director of Fiskebar, the wine list includes legendary vineyards and châteaux, but above all, independent wine growers using biodynamic cultivation. As sommelier, he is known for suggesting bold pairings: “A good combination not only puts an accent just on the wine or on the food, it transforms both and elevates their partnership in perfect harmony.”

A taste of Scandinavia in the heart of Geneva.

Overlooking the lake, the view of the Jet d'Eau is spectacular.

Average price « à la carte » based on one appetizer and one main dish (excluding drinks, according to the menu provided by the restaurant)

On the lakeside docks near the Brunswick Mausoleum.

You will get an email confimation from the restaurant.

From the most prestigious vineyards to the smallest wine producers, Les Grands Chais Monégasques carefully selects quality wines, champagnes, and…

Wine cellar : Check out the new location for Euro Gourmet’s wine shop and specialty grocery store, with a renowned…

The watch for world travelers, the Sky-Dweller combines comfort and sophistication as well as the latest in Rolex’s patented technology. The 42mm Oyster case displays the...

In 1993, capturing the spirit of the time, Caroline Scheufele imagined a sports watch based on the unique and surprising combination of stainless steel and diamonds....

Rolex has expanded its Yacht‑Master collection by adding a new model, the first with a 42mm diameter: The Oyster Perpetual Yacht‑Master 42. The Yacht-Master nautical watches...

Shopping St Barth Conquer the sky, let your spirit soar, and fight against gravity: the indelible mark of aviator Alberto Santos-Dumont on the new Santos collection...

CHANEL : J12, The Perfect Companion For Every Second

Inspired by the silhouettes of America's Cup racing yachts, the new J12 watch is an icon of 21st-century timepieces. Featuring the Caliber 12.1, a self-winding automatic...

For their Spring/Summer collection, Pain de Sucre travels to the island of Zanzibar in Tanzania. Turquoise, champagne, blush, cobalt, steel… solid colors mix and match with...

Horological Machine No.9 has swooping curves inspired by the most beautiful automobiles and airplanes of the 1940s and 50s, considered by many a golden age of design....

Sailing in a sporty direction with its automobile-inspired watch collection, Vanguard™ Racing, pure and stylish engine-turned aesthetics. With its harmonious contours, flawless finesse, and impeccably balanced...

Louis Vuitton has launched a second collection of innovative rolling luggage for modern travelers. These bags are designed by Marc Newson, acclaimed as one of the...

Chopard plays a major role on the contemporary arts scene. Especially when it comes the world of cinema, as Chopard has been a sponsor of the...

NOTE: These settings will only apply to the browser and device you are currently using.